You are currently managing or working in an existing children’s indoor playground, but want to improve it so that Your little visitors will always be happy and even more willing to visit that magical place You created for them?

Or maybe for some time, You are doing business in the children’s indoor playground, but remain dissatisfied with its current state, and feel that You should make some significant changes in it, so that Your little visitors could feel more happy and joyful than now?

Also maybe at last You’re just planning an opening of amazing indoor playground and want to provide Your little visitors with the best equipment and toys to make Your project a perfect place of “pilgrimage” for enthusiastic children from all over the area?

Or maybe You are a children’s animator or You are doing business in this area and want to offer Your little clients even better, interesting and more exciting entertain, using a completely new equipment, durable and moderately lightweight, which can be easily transported in a car?

If Your answer to any of the above questions is “Yes”, then You are the right man in the right place and we invite You to get acquainted with our offer!

Let’s fast forward for the moment to the XX century. It was then that lived and worked a famous Swiss psychologist and biologist Jean Piaget. One of his most famous works is the Early concept of the intellectual development of the child from the moment of birth to the stage of maturity.

According to Jean Piaget’s thesis, during the two specific stages of development of the child’s mind and intellect, namely:

Preoperative stage (from 2 to 7 years)

For each owner of the children’s entertainment center the highlighting of the influence of available toys on the development and intensive use of the imagination by young visitors, can be a great USP (Unique Selling Proposition) for parents. And this is the parents, whom first of all, we must convince and inspire to bring their children to our center… and would like to pay for it!

Currently, in the market it can be found a lot of building blocks and toys which stimulate and take care of children’s imagination. Unfortunately, the majority of them has significant drawbacks (here we are referring to disadvantages from the point of view of the indoor playground owner)

Some toys, for example, can only be played by children at a certain age, but for children older or younger, such toys will be useless.

Other blocks (e.g. blocks from the famous Danish company), can develop the mind and imagination of older children, but for young children they can be just dangerous!

In case with many of toys it looks quite troublesome to take care of their cleanliness and hygiene.

Plenty of toys are unfortunately quite fragile, and when faced with the imagination of our young wards may simply not last long

That is why, we want to introduce You a very special building blocks which, with a certain probability, do not have any of the above mentioned disadvantages and at the same time very intensively use children’s imagination and care about its development. That is, they act exactly as we did promise the parents of our young visitors!

With great pride and pleasure we’d like to introduce You our Magnetic Blocks JollyHeap®!

Next stages of the game, or what provide
Magnetic Blocks JollyHeap®

At the beginning, children experiment with the blocks – they surround them, touch them, get acquainted with their shape, texture and color. Sometimes they throw them (it’s safe and funny at the same time!), and then instantly begin to discover the possibility of connecting the blocks with the help of built-in magnets
Then the time for more advanced game comes with use of built-in magnets. Children start to build more high and complex constructions using JollyHeap magnetic blocks, discovering them for themselves again and again.
Finally, the third stage comes, even more interesting and exciting , both for children and often for their tutors. The stage where children just want to play and have a fun, and do not think about anything else. At this stage, magnetic blocks JollyHeap become a great material for creating a structural background for games with a fabulous storyline, based on the unbridled imagination and so beloved by children.

There appear princesses, imprisoned in the towers and waiting for the brave knight. Brave defenders of the castle arise and protect the village from hordes of enemies. Cars, houses, tanks, shops, planes, and plenty of more complex constructions… and the only limit becomes the imagination of children, which, as we know, can be unlimited! And on the development of which we are so eager!

At this stage of entertainment, magnetic blocks JollyHeap and playing with them become a very strong stimulus for the development of various types of the child’s imagination, and this causes the sustainable development of the child’s brain, accelerating and strengthening the stimulation of the right hemisphere of the brain, which during the ordinary teaching process of our children, unfortunately, is given insufficient attention.

Click below if You want to know how our magnetic blocks are created, what quality standards they meet and other interesting information about them!

Our blocks are safe for children, they are made of delicate material (do not contain phthalates, cadmium and primary aromatic amines), soft filler and have no sharp edges, providing a very high level of safety. In addition, our blocks are not dangerous for young children, unlike other toys that contain small parts.
Our blocks provide kids great fun on multiple levels:
➢ starting from a simple touch, rolling or throwing
➢ then building of increasingly complicated structures
➢ and finally playing more or less complicated games with our blocks, which are based on a fairy tales plot, involving children to the center of an exciting, spectacular , long-lasting memorable and unlimited entertainment
It is easy to take care of hygiene with our blocks. If there is such a need, they can be cleaned without any problems with a damp cloth or wash in the washing machine, thus taking care of the hygiene and safety of Your little guests and the tranquility of their parents!

What do You think? Will the Magnetic Blocks JollyHeap® be able to raise the quality of each indoor playground to a new level?

Please, see the reviews of our Customers 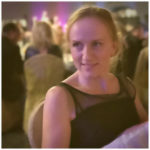 The JollyHeap blocks have proved well during the game – they give children the opportunity to build large, steady and safe constructions by themselves, which can be climbed, stand on or even go inside. Their movement and laying involve a certain range of body movements, which helps to develop children’s motor skills, and impressive, quickly built structures contribute to the development of spatial imagination and planning. The blocks are connected by magnets, which means that the building will not ruin so easily – and this, in turn, gives the child a sense of satisfaction from a well-done job and stimulates the strengthening of self-confidence and dignity. Certainly, they are among of the most interesting building blocks on the Polish market. JollyHeap magnetic blocks is a required element of kids’ zone in each of our objects!

Initiator and Creator of Fun and Educational Centers “Klockownia”

Now, it’s up to You whether You want to leave it the way it was. Or do You want to transform Your indoor playground, using new opportunities which give our Magnetic Blocks.

What if Your wonderful indoor playground is just in its infancy, and now is the best time to take care not only of the fun and smiles of Your future little visitors, but also of their imagination and intelligence development , thanks to our Magnetic Blocks JollyHeap®.

Also, each animator can take advantage of this new product and take care of great entertainment for their future young clients, especially since our blocks can be easily delivered by car to the place of event.